Background and aim: Curcumin is a phenolic compound that can be found naturally in the rhizome of Zingiberaceae plants and it has wide therapeutic effects, ranging from antioxidant activity, anti-inflammatory, hepatoprotector, anti-diabetic, anti-fibrosis, and anti-cancer. The limitations for the development of curcumin as therapeutic agent are due to its poor solubility in water and its low bioavailability.
Materials and methods: In this study, a formulation was fabricated to overcome those limitations into a nanoemulsion dosage form comprising castor oil as the oil phase. As surfactant and co-surfactant, cremophor RH40 and PEG 400 were used respectively. Several physical characterizations were performed to ensure the successful repetition of the formula. In addition, in vitro study was performed to find IC50 values using MTS assay in 3T3/NIH and MCF-7 cells, and the interaction between curcumin nanoemulsion with MCF-7 cell using confocal microscope. Results: Curcumin nanoemulsion has a significantly lower IC50 compared to curcumin solution on 3T3/NIH cells indicating a better cytotoxic effects than curcumin solution. There was an indication of the ability of curcumin nanoemulsion and curcumin solution to penetrate the cell membrane. The curcumin nanoemulsion formula from previous study was successfully fabricated with satisfying results. Conclusion: The presence of green fluorescent at around the cells nucleus from the observation using confocal microscope gave the initial conclusion of curcumin in the form of nanoemulsion and in the solution of having the ability to interact with the MCF-7 cell. 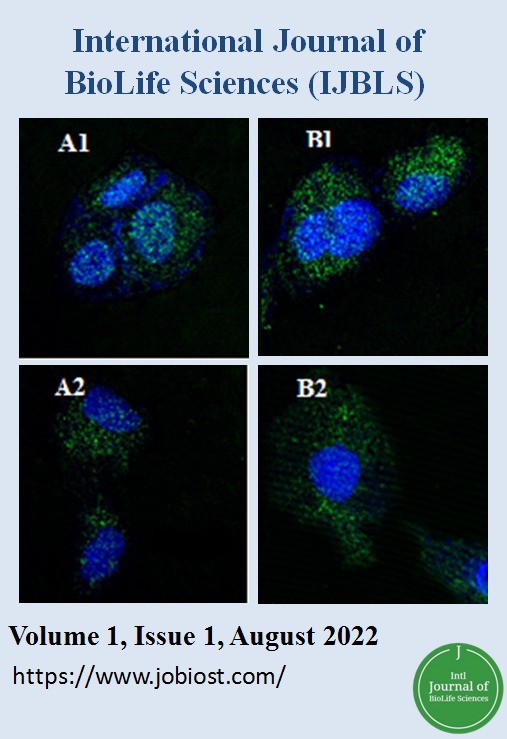